St.George in the East 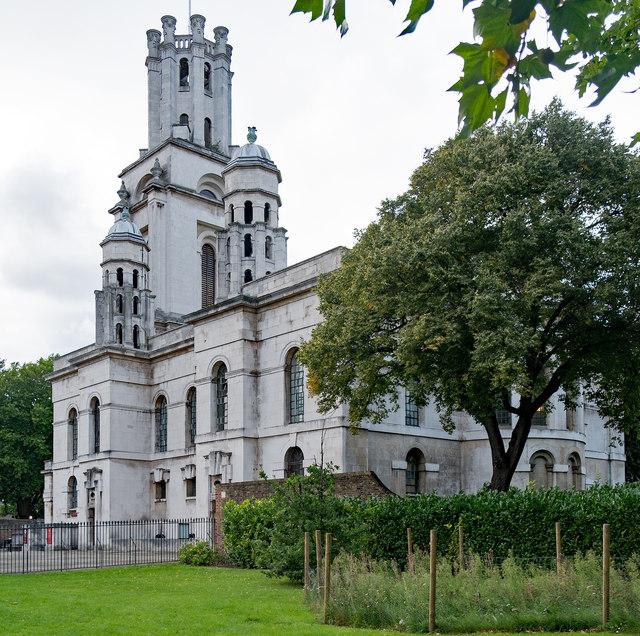 St.George in the East, Cannon Street Road. The church was hit by a bomb during the WW2 Blitz on London's docklands in May 1941. The original interior was destroyed by the fire, but the walls and distinctive "pepper-pot" towers stayed up. In 1964 a modern church interior was constructed inside the existing walls. Matthew DOLD and Jane ARNOLD were married in this church, as were Thomas FODEN and Mary ESOM, George MARSDEN and Elizabeth GREEN, John ROWLES and Sarah WRIGHT and John YOUNGER and Ann BLATHERWICK. Jemima BACON (wife of James PAWLE) was baptised here, as were Francis and Robert (children of Francis BLACKBEARD), Sarah (daughter of George BRAY), Stephen DENHAM, the children of Joseph and Dorcas OLDHAM, three children of Enos SAUNDERS (aka Thomas Saunders BROWN) and John SAUNDERS (BAILIE's Party).
Photo by Julian Osley. (CC BY-SA 2.0)