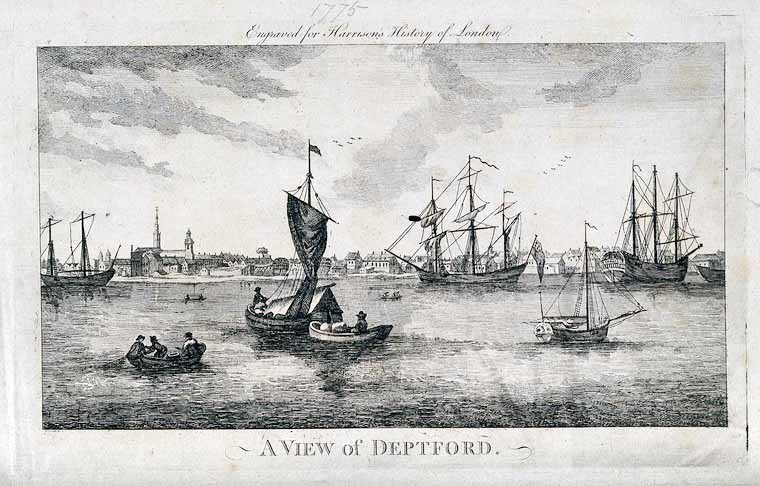 The Thames at Deptford, 1775 Engraving by J.Royce after J. Oliphant.
BAILIE’s Party embarked at Deptford.
Picture courtesy of the Wellcome Collection (CC BY 4.0)

As part of my contribution to the bicentennial of the 1820 Settlers, I have collected as many photographs as I can of British and Irish locations relevant to the 1820 settlers. These can be found on the eGGSA website, arranged by county, on the 1820 Settlers section of the eGGSA website. Where the photographer’s name is followed by a CC reference, this is a Creative Commons Licence enabling me to copy photographs which appear on http://www.geograph.org.uk/ or selected other internet sites.

The albums I will be posting on Facebook in early 2020 will be arranged according to Party. The album posted on Facebook today contains photos of locations pertinent to members of BAILIE’s Party with the surnames A-B.

1820 Settler Places in the British Isles 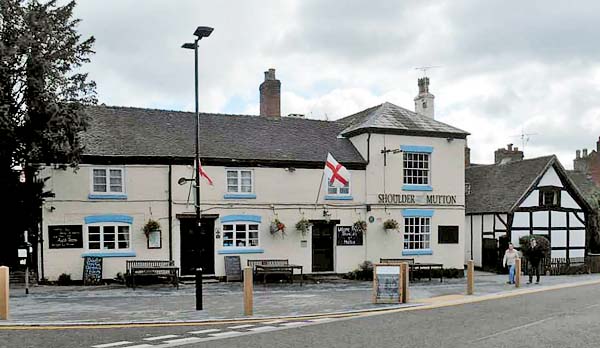 I am at last in a position formally to reveal a project on which I have been working single-handedly for the last two years, as my contribution to the 1820 Settler Bicentennial. As my husband and I enjoy touring the country I rather rashly agreed to take as many photographs as I could of British Settler locations prior to 1820 so that they could be added to a new section on the eGGSA website.

I have indeed taken hundreds of photographs, but it was soon borne in upon me that I couldn’t possibly visit every location, and also that in many cases, particularly in cities like London and Bristol, many buildings with settler ties simply no longer exist. In the latter case I have tried to include historical pictures where possible, and where I have not been able to take pictures myself I have added pictures from www.geograph.co.uk, which can be used under a Creative Commons Licence. Where the photographer’s name appears as a clickable link followed by a CC BY-SA 2.0 reference, the original photo can be viewed together with other photographs of the surrounding area.

I have uploaded over 1300 photos to the new site (with thanks to Richard Ball for his help and patience in setting it all up), and these are currently arranged by county for England, Scotland, Ireland and Wales, with separate sections for the cities of Birmingham, Bristol, Dublin, Edinburgh, Liverpool, London, Manchester and Nottingham. London has been further sub-divided into Boroughs so as not to have too many pictures in one file.

During the bicentennial year I hope to upload a series of Photo Albums to the eGGSA Facebook pages in Party Groupings. In the meantime, if you wish to see if there are photos relating to your particular settler ancestor, go to https://www.eggsa.org/1820-settlers/ and type in the settler’s name in the Search Box in the top right hand corner, then scroll down the list of hits. Links to the relevant photographs should appear at the end of the list. It is also linked from the Photograph Collections button on the banner across the top of the site.

This has been a one woman show, and so it would be amazing if I have managed to complete the project without typos or broken links. Please let me know if you find any, and if you can add any further UK photos to the collection which are not copyright then they will be gratefully received. 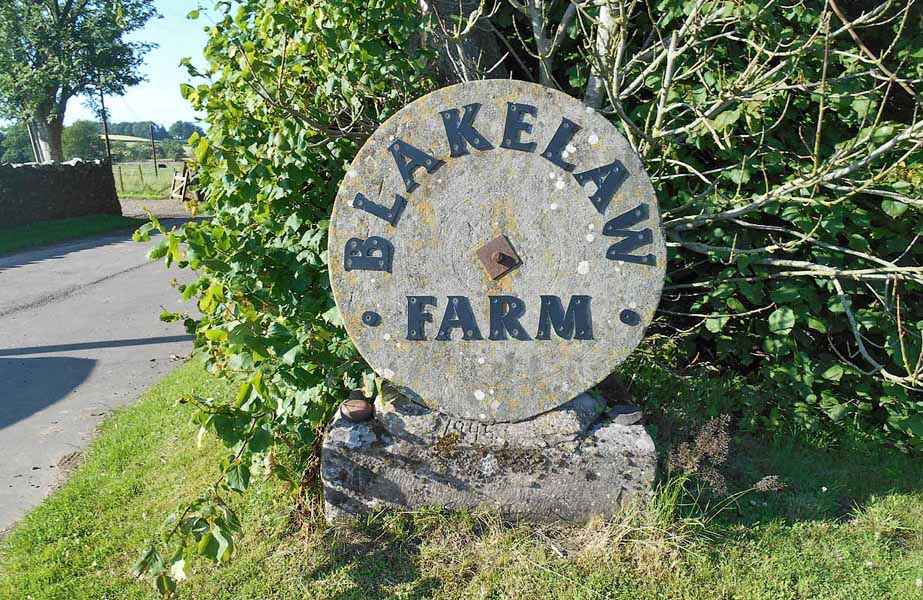 As part of eGGSA's contribution to the 1820 settler bicentennial, Sue Mackay is planning to add photographs of UK settler locations to The 1820 Settler Correspondence section of the eGGSA web site. She has lots of photographs of churches where baptisms and marriages took place, but would be grateful to receive any non copyright pictures of farms or houses where settlers are known to have lived prior to emigration. If you can contribute any such, please contact Sue Mackay.

Sue Mackay writes: I have just added extra pages on these settlers

There has been a wealth of confusion surrounding these three, and their connection with the name SENIOR/SENYOR/SAYNOR, and I have spent ages sifting through original parish register entries for Sheffield.

As a result I have made a couple of leaps of faith (backed up by the evidence as I see it) which would seem to contradict a lot of "facts" circulating about these families. I'd be grateful if anyone descended from this line can tell me whether I have been literally barking up the wrong tree. I have tried to set out the facts from original sources found whilst at the same time allowing for an element of doubt.

Do you think I am right in thinking that Charles DENTON was not William Senior DENTON's older brother but his stepfather?

eGSSA serves its members by:

promoting interest in the fascinating field of genealogy.

promoting a number of projects aimed at expanding the availability of South African genealogical sources online.

For many years, there have been people who, for various reasons, could not join a regular GSSA branch. Some of these reasons include living too far from a branch or living outside South Africa. These people still have a need to belong to a branch and to enjoy the benefits of GSSA membership, such as receiving GSSA's journal, Familia. eGSSA has been established to meet these needs. This is an ideal opportunity to become part of GSSA and to step into this exciting era.

At eGSSA we have an Online shop where you can buy the various publications of the Genealogical Society of South Africa, as well as a number of other genealogical, historical and cultural items.

There are indexes to the articles in Familia, the quarterly journal of the GSSA and those in genesis, journal of eGGSA itself. In addition we have a download library with some free books in pdf format, a number of documents from the South African Archives as well as photographs of graves in South African cemeteries.

We are able to organise the photographing of documents from the South African Archives at Pretoria (TAB), Bloemfontein (VAB), Pietermaritzburg (NAB) and Durban(TBD).

houses several collections of photographs as well as other information drawn from original sources:

To search the web site, use Search

This Web Site, created by André van Rensburg, is now maintained by eGGSA.