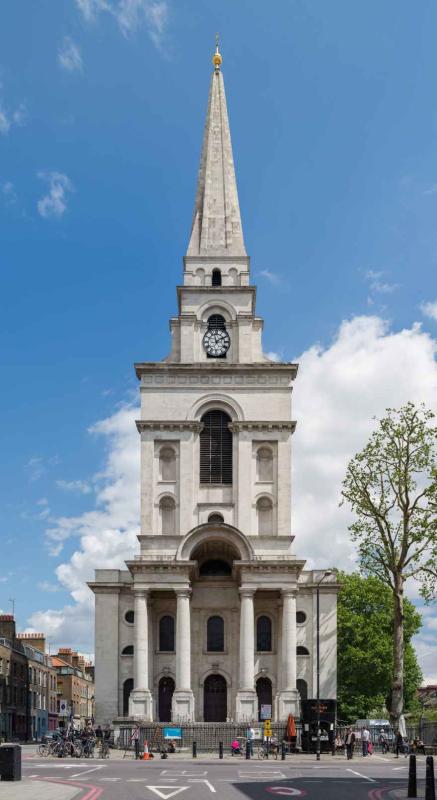 Christ Church, Spitalfields, on Commercial Street, was built between 1714 and 1729 to a design by Nicholas Hawksmoor. James CARNEY and Elizabeth LEACHER were married in this church, as were Stephen DENHAM and Martha TOWNSEND. Thomas, son of Thomas and Dorothy PULLEN, was baptised here.
Photo by David Iliff. (CC BY-SA 3.0)