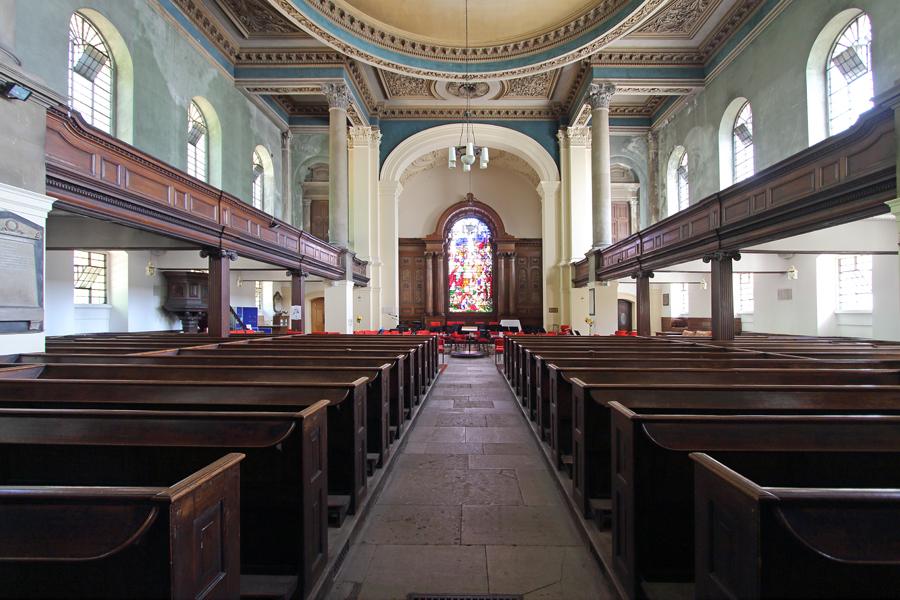 Interior of St.Anne, Limehouse. The church was gutted by fire in 1850 and restored. Henry MARSHALL and Mary HEATRELL were married in this church, and their two children were baptised here, as was Mary HEATRELL herself in 1794. Simon HAW and Alice Margaret PENN were also married here.
Photo by John Salmon. (CC BY-SA 2.0)