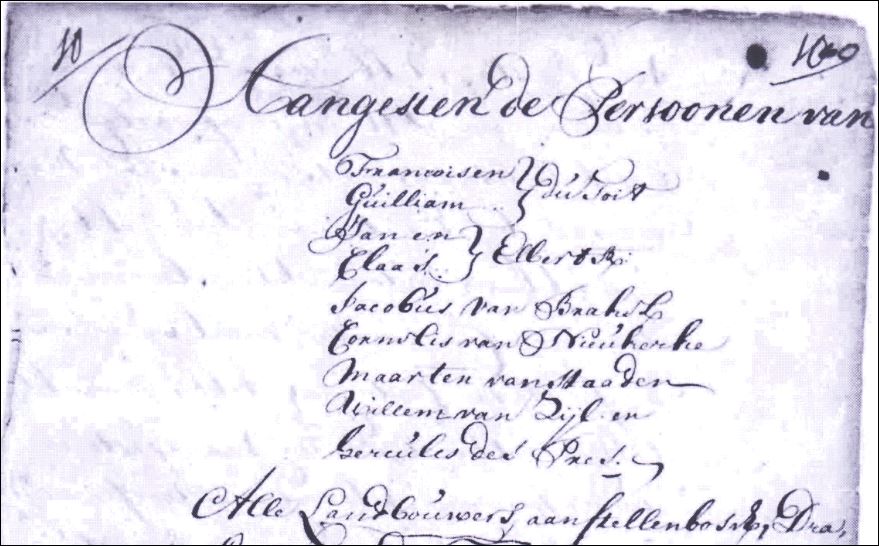 Written by Corney Keller. Posted in Court of Justice

Sentences of Francois and Guilliam du Toit, Jan and Claas Elberts, Jacobus van Brakel, Cornelis van Nieukerke, Maarten van Staaden, Willem van Zijl and Hercules des Pres for their part in refusing to appear before court, accused of rebellion and conspiracy against, and the defamation of, the government in 1706.

As punishment all accused are banned from ever again holding a government of military position in the Colony, also to be banned to the island of Mauritius for a period of five years, and to pay a penalty of 200 Rix-dollars each. The sentence was passed on 9 August 1706.

In February 1707 the Cape Government received instructions from the Company directors to abandon the island of Mauritius. Whether any of the nine men were ever sent to Mauritius is not evident.

Below is a link to the complete transcription of the sentence.